For the Campy Horror Fan on Your Shopping List, "Put Maggots in Their Xmas Stocking!" 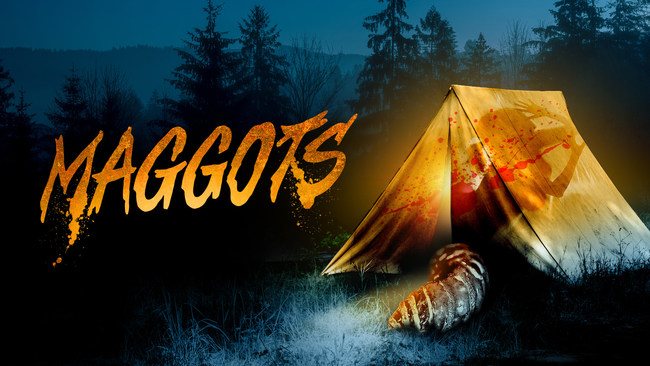 For the campy horror fan on your Christmas shopping list, Great North Releasing Corp announced the release of Maggots on VOD for Christmas. The film is directed by Neil Meschino (Mold) and features giant, mutant maggots that end up terrorizing a group of college kids who are trying to uncover the origins of these man-eating maggots. The evidence points towards them being created by pollution from a nearby mysterious fracking site in the mountains of upstate New York, but was it an accident or intentional?

The film Maggots stars Lawrence George as Stan Baxter, Luke Pendley as Brett, Kasie Renee Yu as Amy, Julia Salka as Bobbie, Cal Corvino as Murph, James Murphy as Professor McNeil, Edward X Young as Ranger Rick Recker, Rick Haymes as Ranger Ed Grimes, Vito Trigo as the Roommate, Damien Depaolo as the Wigger, David Pringle as the Newscaster, and Zach Fox as the gas station attendant. Producers are Neil Meschino and Clint Tuccio, who are also the writers of the script.

The film will be released on Amazon & Vimeo On Demand on December 22, 2019. Trailer is available on the website, visit https://vimeo.com/ondemand/maggots.