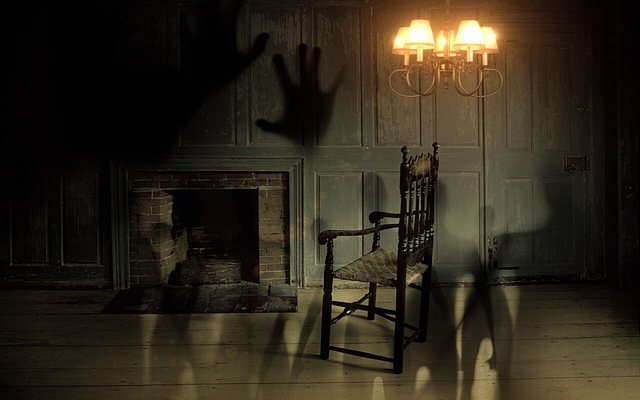 According to the real estate website TopTenRealEstateDeals.com, a number of haunted homes, ghost towns and insane asylums are for sale – just in time for Halloween.

It’s getting terrifying out there and it's not just because of Halloween. Crazed politicians with twisted smiles on every TV station and evil clowns roaming the country attacking unsuspecting passersby. It is almost as scary as buying a new home. Or, perhaps even a ghost town or insane asylum. Many haunted homes are for sale, including several with big price reductions and very motivated sellers.

In Michigan, a former mental asylum that was so big it had its own zip code, bakery and fire department, is for sale at $1.5 million. The Detroit area asylum was part of Eloise, a complex of 76 buildings spread over 902 acres. Stories of ghosts, screaming former patients and jars of human body parts have surrounded the complex for years.

In New York, a beautiful and extensively remodeled 5,000-square-foot home with five bedrooms and three baths on the water in Long Island is available. The storied house from the “Amityville Horror” movies is back on the market and priced to sell for $850,000 which is down from the $1.15 million dollar asking price just a few years earlier.

In Pennsylvania, proof that wealth does not bring happiness is shown by the tragedies experienced by the A.B. Widener family who built the 110-room Lynnewood Hall. When he invested with J.P. Morgan in the White Star Line, little did Widener know that his son and grandson would die on the maiden voyage of its flagship, Titanic. Consumed with guilt and grief, A.B. Widener died in his grand mansion three years after the sinking. It is said that the three Widener ghosts are still its caretakers, its only residents and legacy as the world's largest ghost house. The mansion was listed at $20 million in 2014 and dropped to $16.5 million in 2015.

Many people tell of seeing Santa Claus in the middle of the night, but for those who drive U.S. Route 93 through the sweltering Mojave Desert between Phoenix and Las Vegas, the abandoned town of Santa Claus, Arizona surely sends a creepy shiver down their spines. Most recently for sale in the 1980s at $95,000, all that remains today are tattered skeletons of buildings, the weathered Santa Claus sign and the sad remnants of the children’s Christmas train now covered with graffiti. And with global warming, even Santa's North Pole home may be in jeopardy. There are rumors that some of Santa's elves are already considering a move to a Florida condo.