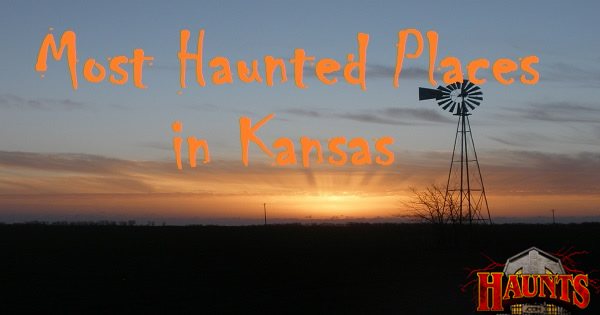 Who doesn't love a good ghost story? Well, in Kansas, there's a whole lot of them! From hospitals and asylums, to cemeteries, schools, theaters, restaurants, parks, bridges, and even roads, there's an endless amount of places throughout the state that are said to have some ghostly spirits lingering.

Some of these creepy spots are located in the biggest of cities that everyone knows about, and others in small towns that only locals may know of. Take a peek below to check out our Top 10 Haunted Places in the state of Kansas! 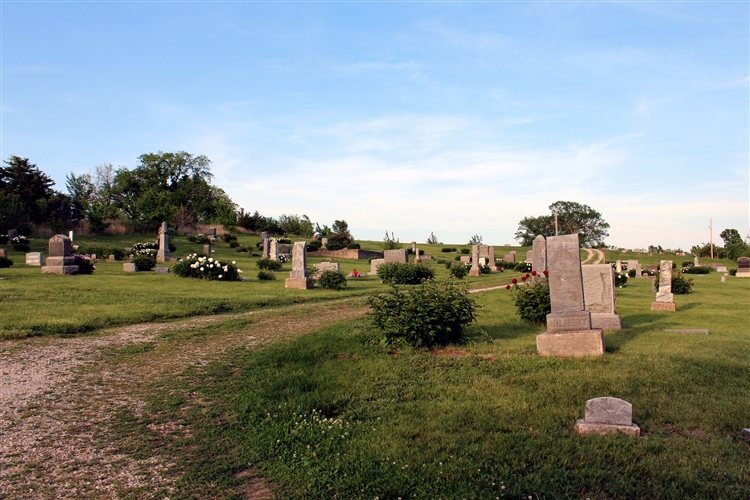 The Stull Cemetery in Lecompton is a popular haunted location in Kansas and sits next to an abandoned stone church, to add to its creepiness. Although every cemetery is pretty eerie, this one is said to be extremely haunted, and has even been called a Gateway to Hell, which is said to only open at midnight on Halloween. When the portal opens, a secret staircase that is hidden appears unsealed, and leads down to a grave that is a passage to the underworld. There are a number of other legends that surround the cemetery, including one that says Satan himself visits the cemetery twice a year. 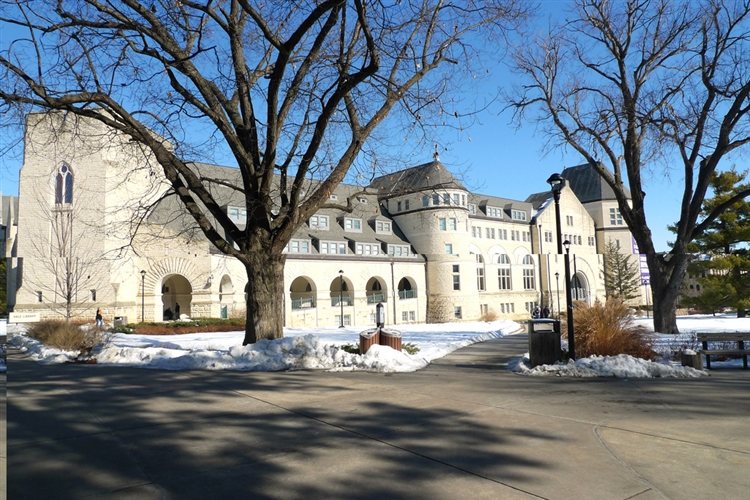 Kansas State University is a public doctoral university and its main campus is located in Manhattan, Kansas. The university is said to have a couple of different spots on campus that are believed to be haunted. One is the Purple Masque Theater, located on the main floor of the East Stadium. Nick is the ghost that haunts the theater, and has never been seen, but his voice has been recorded on tape. He is believed to be the ghost of an ex-football player who died in the building in the 1950s. His spirit is known to be playful, and stomps up and down the hallways, on staircases and on the theater stage. He is also known to move chairs, hides theater props at night and even makes items levitate.

The Phi Gamma Delta Fraternity House is another haunted spot, and is believed to be haunted by the ghost of Duncan, a former student who died in the house while the Theta Xi Fraternity resided there. Stories say he died during an initiation ceremony and is said to make himself known by flickering lights on and off or turning doorknobs. The Kappa Sigma Fraternity House is said to be haunted by the ghost of a boy who hanged himself in the file room. Ever since his suicide, students have reported hearing eerie sounds, particularly the sound of someone jumping off the roof. His apparition has also been seen.

The Hutchinson Public Library is rumored to be haunted by a former librarian named Ida Day Holzapfel. It was her first day of work at another library when she got into a car accident, and ever since, her apparition has been spotted, and has even talked to a staff member in the basement of the library. 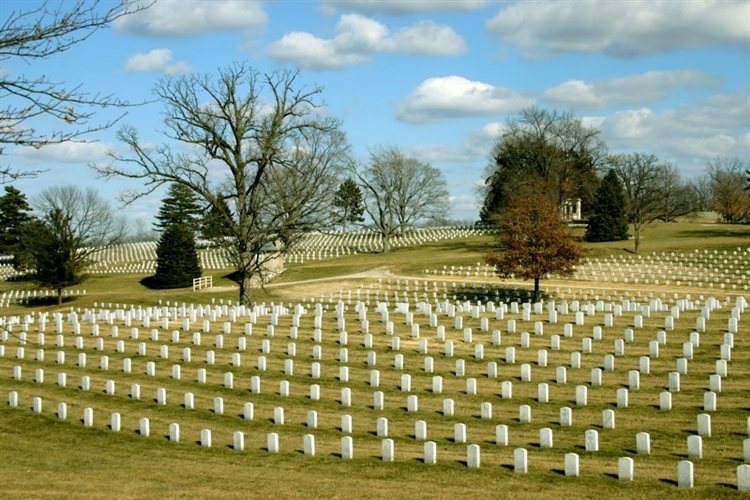 This military cemetery is located on Biddle Boulevard in Fort Leavenworth and dates back to 1862. It was added to the National Register of Historic Places in July of 1999 and is the final resting place fr eight Medal of Honor recipients, but mostly unknown soldiers of war. A woman's ghost is known to wander around the tombstones here, and is that of Catherine Sutter. According to Legends of America, Catherine, her husband, and two children were on their to way to Oregon territory in 1880 and her husband sent the children out to collect firewood, but they never returned. A search party looked for the children, but with no luck. Catherine would spend hours walking at the fort in search of her children, and died that winter of pneumonia. She was buried at Fort Leavenworth and her two children were later found after being swept into the river and rescued by a group of Fox Indians who took care of them until spring time. Catherine's ghost is said to be restless because she never received the news that her children were alive. She is often seen carrying a lantern, calling out for her children. 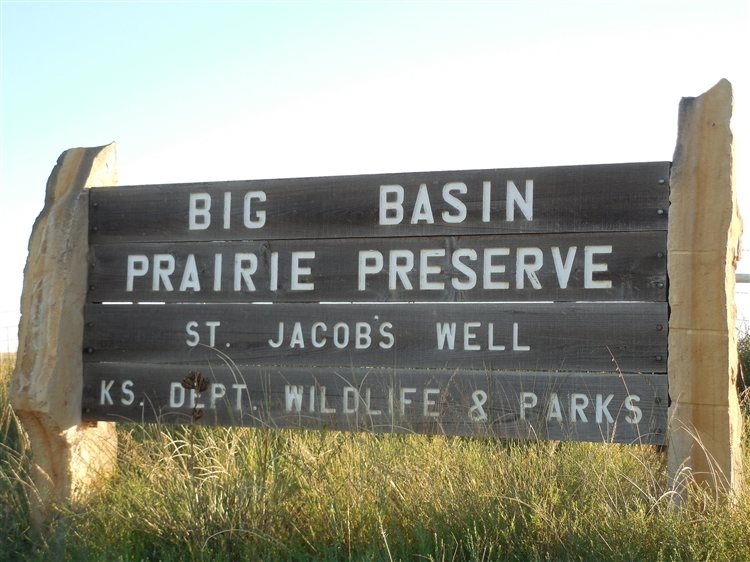 St. Jacob's Well is a water-filled sinkhole that is located at the Big Basin Prairie Preserve in Englewood. The well is one of the preserve's main features, and lies in the Little Basin, and the Big Basin. The well has been the subject of many local legends and for quite some time, it was believed to be bottomless. Thousands of years ago, it was used by Native Americans and cowboys as a water source on their journeys, and one cowboy in particular is known to visit the well still. His apparition was first spotted in the 1890s, along with his horse. Many believe there are a number of bodies that float somewhere within the well, causing the area to be haunted. 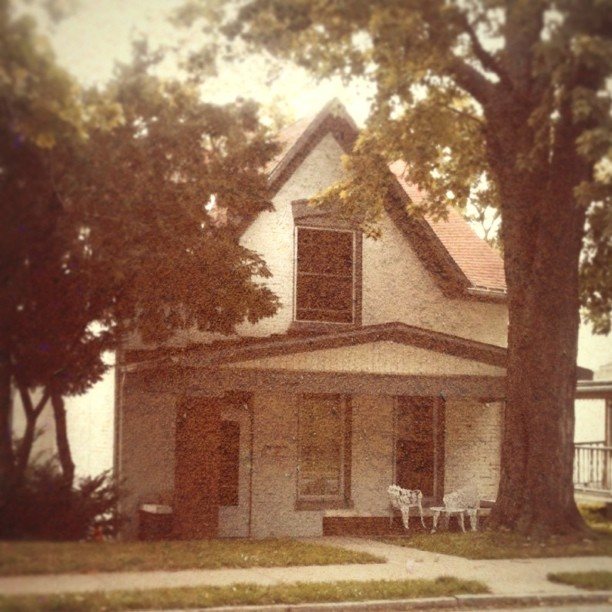 The Sallie House in Atchison is said to be one of the most haunted homes in all of Kansas. It was originally built at the turn of the century, and became the home of an Atchison physician. One day, a mother entered the home carrying her six-year-old daughter Sallie, who had collapsed from severe abdominal pain. The doctor diagnosed Sallie with appendicitis and knew he had to do surgery right away. He began cutting into Sallie before the anesthesia took full effects, causing her to scream in pain and suddenly go limp. She died on the operating table and many believe she thought the doctor was torturing her, and that she remains in the house as an angry spirit who was never able to rest peacefully. Haunting reports at the home include cameras and video equipment that suddenly stop working, objects that move on their own, physical touches, strange coldness, scratches or bruising on people and dogs that bark outside the home, refusing to enter the home. 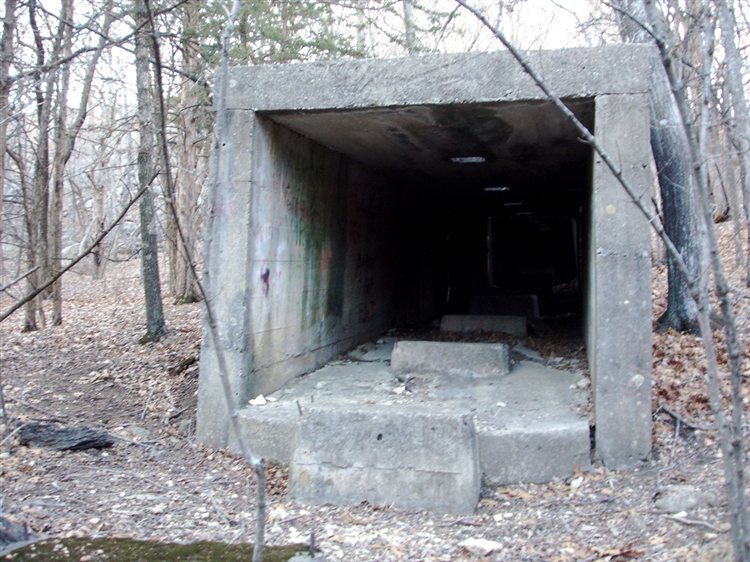 Le Hunt was once a small town, but now has just old ruins left behind. The town was primarily supported by the United Kansas Portland Cement Company, and during the Great Depression, the concrete plant closed its doors, and the small town died along with the plant. The site where the cement plant was is believed to be haunted by the ghost of one of the workers, Bohr, who died in a tragic accident at the plant. According to Legends of America, "Bohr fell into a vat of concrete and his body was never recovered. After this disastrous event, his co-workers embedded his wheelbarrow, pick and shovel into a wall of concrete that was under construction at the time. His name, as well as his pick axe can still be seen at the factory ruins." 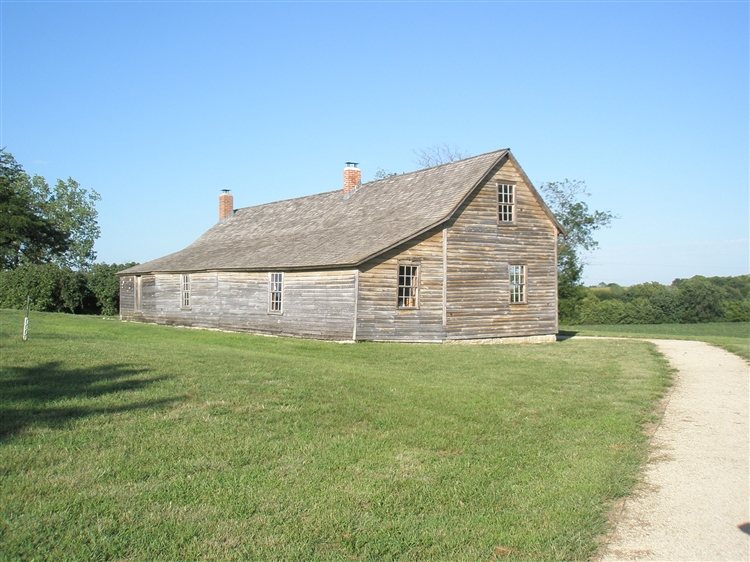 Also known as Cottonwood Pony Express Station, this building dates back to 1858 and was constructed by Gerat H. Hollenberg, in order to serve travelers on the Oregon and California trails. The station sits on six acres of land and was added to the National Register of Historic Places in October of 1966. Now owned by the state of Kansas and operated by the Kansas Historical Society, the location is said to be haunted. Haunting reports include apparitions of Pony Express riders who have been spotted in the summer months, the sounds of running hooves and shouts, cold spots, and the apparition of a rider with arrows sticking out of his back has been seen lying on the floor, bleeding. Former station owner Gerat Hollenberg's spirit is also said to reside here, and likes to rearrange and hide objects. 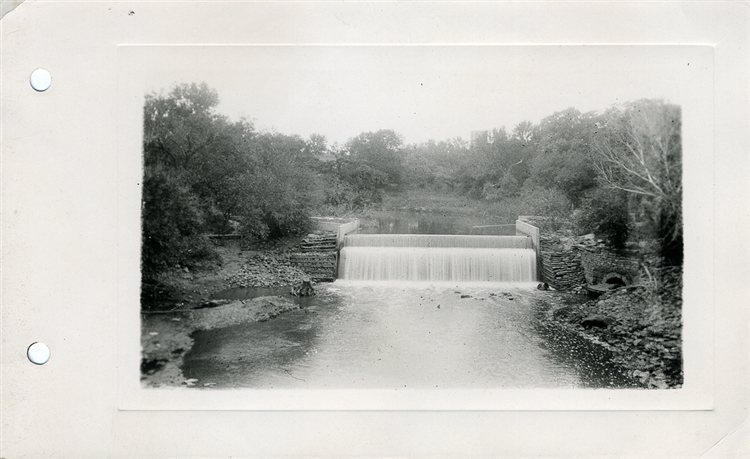 The Saline River is rumored to be the home to a ghostly Native American that appears along the river from time to time. Stories say the Native American's father was murdered a few years prior, and that he was in search of his skull. The apparition has been seen by many witnesses and the river has become one of Kansas' most haunted destinations. 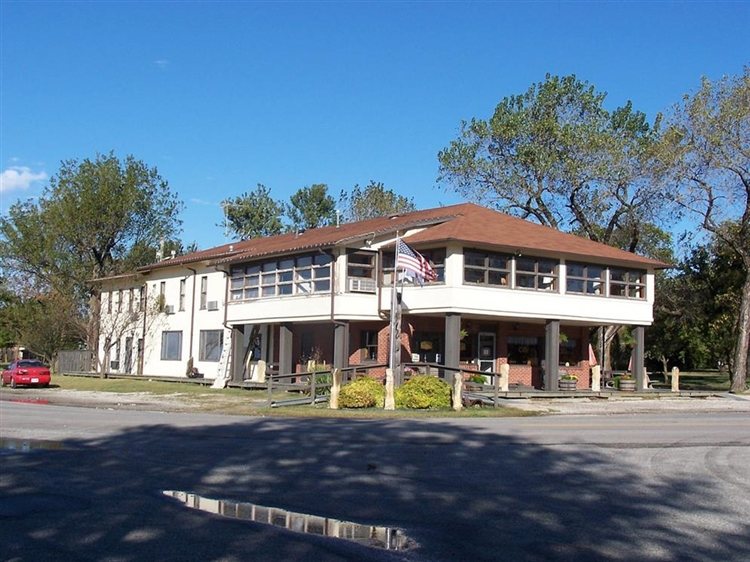 This former railroad hotel dates back to 1879 and originally opened and operated as the "Summit Hotel." It currently operates as a bed and breakfast and restaurant and was added to the National Register of Historic Places in February of 2012. The hotel is believed to be haunted by a cowboy called Zeke, who was shot and killed by the innkeeper quite some time ago. Witnesses have claimed to see his apparition, and have heard the jangle of spurs. Objects are also known to move on their own at the hotel.

Click here to read about more Haunted Places in Kansas!