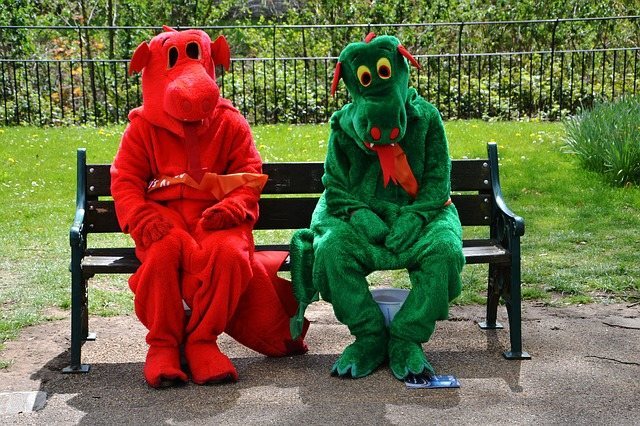 It might surprise some, but original Halloween traditions didn't require scary costumes.
Photo by: terimakasih0

According to recent Halloween costume trends, scary Halloween costumes aren’t required for the holiday. Although there is the predicted abundance of brain-eating zombies, superheroes, and modern vampires, not everything will be about drama, blood, or gore. Compared to the Halloween festivities of old, today there is much more flexibility in selecting a Halloween costume that isn’t scary.

With origins more than two thousand years old, Halloween was first celebrated by the Celts as Samhain, which marked the end of the summer harvest and the beginning of winter. On the eve of Samhain, the Celts believed, the boundary between the living world and the world of the dead became blurred—and the ghosts of the dead returned to earth.

As the centuries wore on, some of the Celtic rituals of Samhain were absorbed, first by the Romans and then by the Christians. What had originated as the tradition of wearing scary costumes made out of animal heads and skins to ward off the dead morphed slowly into the commercialized holiday known and loved today, which has little in common with its pagan origins.

With little concern for warding off evil spirits, Halloween today blurs the line between reality and make-believe; many people dress purely for their own enjoyment, with the intention of transforming themselves into another person, place, or thing. Today, rather than Halloween costumes that are scary and a focus on instilling fear, the hallmarks of a great Halloween costume are creativity and attention to detail.

Consider, for instance, the phenomenon of play-on-words costumes. The “holy” cow, fantasy football, and the iron chef are prime examples. A simple cow costume plus a halo, a long wizard’s beard and robe plus a football and helmet, and the chef with a clothes iron—these costumes are easy to throw together but high on creativity. Spend as much time on them as necessary, whether it is ten minutes or ten hours, and the result will still be a great costume.

Worry no longer about coming up with the perfect costume that will instill fear. Instead, think about how creative of a costume can be constructed. Remember, scary costumes for Halloween are no longer required. Now is the time to experiment with transforming into something radically different, whether fear-inducing or not.