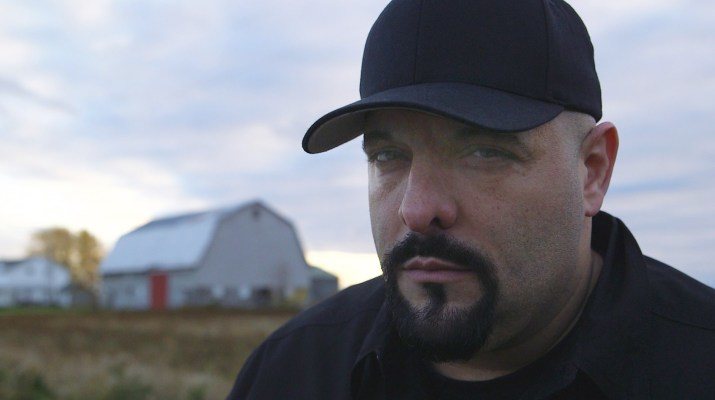 Why do so many communities across America have stories of unexplained paranormal experiences that, through word-of-mouth and consistency, turn into lore? In the new Travel Channel series, “Haunting in the Heartland,” premiering on Friday, February 21 at 10 p.m. ET/PT, paranormal investigator and documentary filmmaker Steve Shippy visits Midwestern towns that have been traumatized for generations by ripples of fear. Growing up in a rural Michigan “creepy house on the corner,” Shippy uses his own personal experiences to make intimate connections with the families who’ve reached out to him for help. He then puts the puzzle pieces together to identify and decipher the larger mystery of the town’s haunting.

Through eyewitness accounts, town archives, visits to historic sites and his own paranormal toolkit, Shippy explores emerging theories until a full picture of the town’s ghostly protagonist appears, and a peaceful resolution can be formulated. On his journey through a new heartland town in each of the six one-hour episodes, Shippy seeks to directly confront the entity and bring closure to the people of the town. This season will aim to provide true investigative closure to the mystery of paranormal presence found in Malvern, Iowa (pop. 7,621), Atchison, Kansas (pop. 10,636), Hebron, Kentucky (pop. 5,929), Merrill, Michigan (pop. 735), Holly Springs, Mississippi (pop. 7,621) and Greeneville, Tennessee (pop. 15,062).

“Growing up in a haunted house in a small Midwestern town, I understand the isolation of the experience, and it was only when others in town started to have similar experiences that I realized I wasn’t alone,” said Shippy. “Like my documentaries, working on this show is truly my life’s work. These small towns have a bigger story to tell, and in order to find the resolution these families need now, we need to piece together their past.”

In the premiere episode, Shippy travels to the old farming village of Merrill, Michigan, to confront an evil spirit holding the town hostage since the 1800s. In the summer of 1974, the hauntings seemed to spread when a malevolent force invaded a family farm, spurring a massive investigation by the local and state police and fire departments, and even the FBI. The reign of terror culminated in a spontaneous fire, forcing family members to eventually flee the home they’d built by hand. The encounters never ceased and today, less than a mile away, another family is under siege by something so powerful, they fear for their safety. Joining forces with local authorities and historians, Shippy uncovers a town ravaged by a smallpox epidemic and tragic fires, and a shocking connection to another notorious haunting. Shippy enlists the help of a clairvoyant to dispel the evil entity before another heartland family is forced from their home.

ABOUT STEVE SHIPPY
Steve Shippy is a filmmaker and paranormal expert. He grew up in a small town near Saginaw, Michigan, and literally was the kid living in the “creepy house on the corner.” Shippy was a victim of a severe haunting, and actually witnessed several apparitions. After investigating his own haunting, he discovered a shocking truth – the previous owners had been brutally murdered.

The story became local legend, the hauntings never stopped, and Shippy and his family ultimately had to move away. The experience stayed with Shippy and as he grew older he realized that running should not have been the answer. He instinctively knew that what his family should have done was stand tall, toe-to-toe with the entity in his home. He sought out paranormal experts who worked with him to develop a way to understand what is really going on in hauntings – and how to confront the entities to either make them leave or to bring them peace and to end the haunting. It wasn’t long before families and victims of other hauntings were contacting Shippy to ask him to investigate their cases.

Shippy began documenting his work on film, and to date has produced and directed 10 feature length documentaries (all available on Amazon Prime), including “A Haunting on Hamilton Street,” “A Haunting on Dice Road,” and “A Haunting on Brockway Street” where he investigates haunted locations to uncover the truth, and hopefully bring closure for residents of small towns like his.

Shippy is also an independent rapper better known by his stage name, Prozak. As a national recording artist for more than 15 years, his music has hit the billboard charts over 200 times, with his most notable album “Paranormal,” charting over 100 times alone. Even his music career is inspired by his childhood quest to solve the equation of what is on the other side of the vale of mortality.

ABOUT TRAVEL CHANNEL
For the bold, daring, and spontaneous; those adventurers who embrace the thrill of the unexpected; those risk-takers who aren’t afraid of a little mystery; if you’re up for anything, down for whatever, and above all, love great stories, journey on to Travel Channel. We’re more than you expect and everything you didn’t know you were looking for. Reaching more than 79 million U.S. cable homes, Travel Channel is the world’s leading travel media brand. Fans also can visit Travel Channel for more information or interact with other fans through Facebook, Twitter, Pinterest and Instagram. Travel Channel is owned by Discovery, Inc., a global leader in real life entertainment spanning 220 countries and territories, whose portfolio also includes Discovery Channel, HGTV, Food Network, TLC, Investigation Discovery, and OWN: Oprah Winfrey Network.