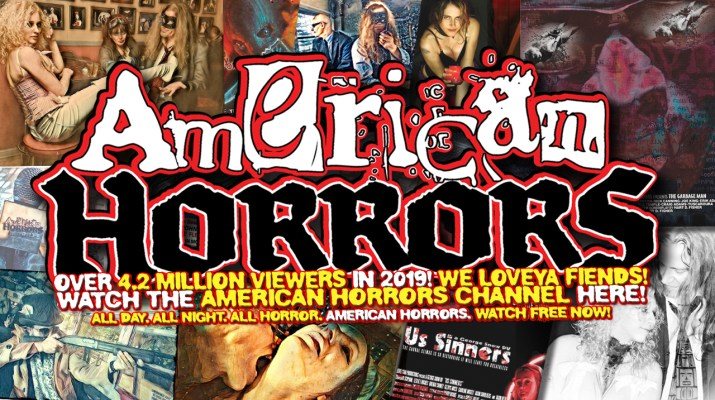 In a statement to the press American Horrors founder & Head of Programming, Hart D. Fisher had this to say:

“I am personally bunkered down in the American Horrors studios and I’m prepared to ride this thing out right here, even if I’m the only one left to keep the horror streaming.” said American Horrors owner, Hart D. Fisher. “My production teams around the world are all tucked into isolation, with supplies, staff and the dedication to continue shooting new episodes that will be aired for free worldwide. I love these guys, they’re the best.”

“I’ve been working around the clock to bring horror fans a feast of fear from around the world, literally. We have world music video premiers coming up from Beneath The Hollow, The Justine Connection, The Coma Sex and more. We’ve upgraded our tech on the website and our web techs are about to relaunch our Video On Demand service, the first week of which I’m going to make free for everyone stuck at home and worried about their future. It’s why we upgraded our tech so that now you can watch American Horrors on your Playstation or Xbox via their web browsers (just go to americanhorrors.com to watch free) and I have to say, the picture quality through my Playstation is fantastic.”

“We’re all going to have to work together to deal with this new threat to our way of life and to our families. The time for hate, for finger pointing, for racism, for misogyny, it’s all over. It’s time for us all to come together in the face of this crisis. As one of my favorite writers said, We are all Books of Blood bound in skin, open us up and we ALL bleed red. Be good to each other out there. Let us handle the horror.”