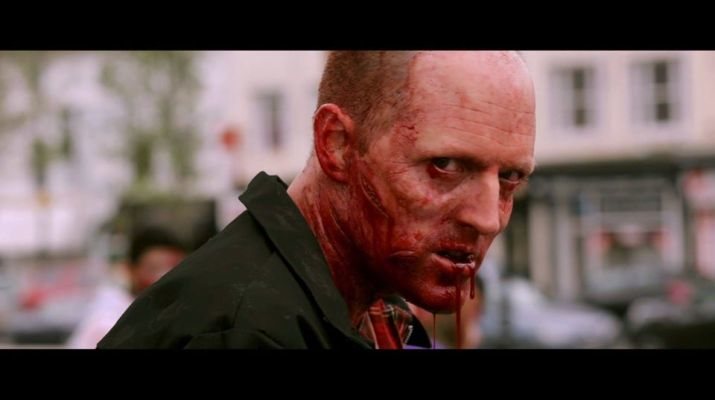 Still features a truly unique concept: how do you survive in a zombie apocalypse when your only ability is standing very, very still.
Photo by: Dark Matter Films

Award-winning zombie short Still, written and directed by debut director Carl Timms, is premiering on YouTube at 8pm GST today. Carl will be in attendance to take any questions or comments. The film can be viewed at: https://www.youtube.com/watch?v=ZCOD38tP3H0

Following a successful festival run* that saw it pick up 9 awards and play 25 festivals, this original zombie horror comedy set in Birmingham, UK has also played on Direct TV in the USA and was selected as part of horror anthology Blood Clots released by Hewes Films in 2018, where it garnered rave reviews:

“A brilliantly funny short film…One of the best zombie short films that we’ve seen in a while” – Zombie Research Society
“A very cool premise…solid production values” – Arnold T Blumberg (host), The Doctor of the Dead podcast
“It’s fantastic! Great job all round” – Chris (host), Talking Dead Podcast
Maybe drop in a couple of the other quotes too

Still features a truly unique concept: how do you survive in a zombie apocalypse when your only ability is standing very, very still. See our a living statue entertainer hero is caught up in the middle of a zombie outbreak. He freezes in fear whilst everyone around him dies at the hands of the attacking zombie horde. Left alone in a large open square surrounded on all sides with only his unique ability to save him, he must work out a way to survive. Features amazing practical special effects by Stuart Conran (Shaun of the Dead, Braindead/Dead Alive, Cockneys vs Zombies, The Descent)