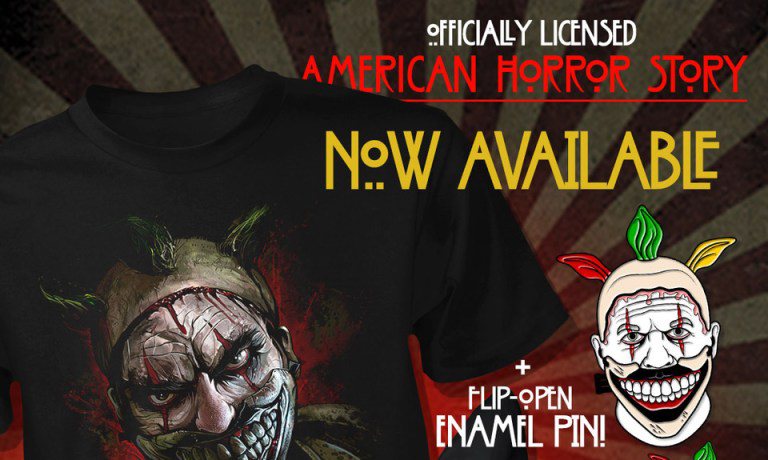 Be a good clown with Fright-Rags’ American Horror Story apparel. Series favorite Twisty the Clown is featured on a new shirt and hoodie design, plus an enamel pin with a flip-open mask to reveal his disfigured face.

Fright-Rags tells the story of an uncommonly gentle man with the Edward Scissorhands collection. Celebrate 30 years of the Tim Burton classic with three T-shirts, a pair of socks, and an enamel pin.

Fright-Rags has added more shirts and enamel pins to its Vestron Video tribute with Wishmaster, Blood Diner, and Waxwork. Limited stock remains of the previous Vestron drop featuring The Gate and Return of the Living Dead as well.