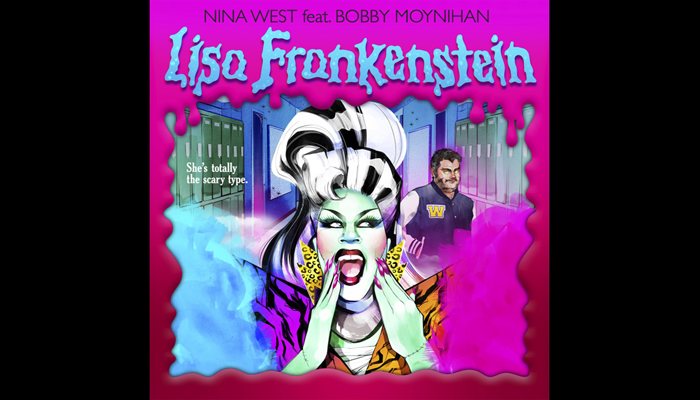 "Lisa Frankenstein" is a celebration of the Halloween season with a Teen monster twist.
Photo by: einpresswire.com/PAL PUBLIC RELATIONS

The colorful video features Nina West as the song’s title character, Lisa Frankenstein, a Lisa Frank inspired monster who is trying to navigate her way through high school. The video was filmed entirely in Ohio and local Ohio artist Christian Cimoroni did the Single art.

“Lisa Frankenstein is a celebration of the Halloween season with a Teen monster twist! Said Nina West. “I wanted to imagine what it would look like if Frankenstein and the Bride had a daughter named Lisa! Sure, she has all the awkward attributes of teenage monster, but she is bright, and fun, and celebrates the season the only way she knows how! And yes, I am so lovingly inspired by the incredible art and work of Lisa Frank! Make it a rainbow Halloween!”

“Nina is an impeccable performer and an amazingly hilarious person to boot.” Bobby said. “When Nina calls and asks you to help on her new Halloween song, you drop everything, get in the car and go record. Which is exactly what I did, and I had a blast. I love Nina. Love Halloween. Love the song. Always happy to be part of it. Beware of Lisa Frankenstein!”