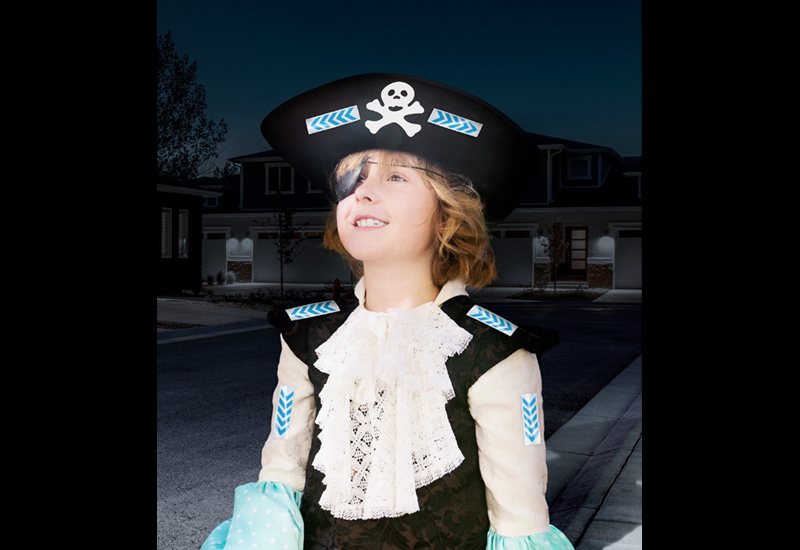 This Halloween, Nissan is focused on making the roads safer for trick-or-treaters and drivers with the introduction of Nissan Glow Guards. The reflective adhesive stickers, designed as an easy addition to Halloween costumes, promote enhanced safety measures at one of the busiest times for pedestrian traffic on roads. Now available at Nissan dealerships, families can pick up Glow Guards for free up until October 31st, before trick-or-treating.

According to a study published by JAMA Pediatrics, pedestrian fatalities, especially for younger children, spike significantly on Halloween with approximately 43 per cent higher risk of pedestrian deaths on Halloween than other evenings around that time period. This spike is attributed to a combination of higher foot traffic on the streets, as children set out to trick-or-treat, and decreased visibility conditions caused by darker evening hours starting at approximately 6:00pm.

“When it comes to road safety, Nissan believes in a mindful and holistic approach that ensures road safety for all,” said Steve Rhind, director of marketing Nissan. “It’s why we’re putting our focus on proactive safety measures that will help trick-or-treaters and drivers alike. By making Nissan Glow Guards available at dealership locations across the country, we encourage families to enjoy a safer Halloween this year.”

Nissan’s Glow Guards are designed to reflect the light from vehicle headlights, delivering a safe, highly visible pedestrian indication to drivers. Created with children in mind, these lightweight stickers are a perfect for addition to any Halloween costume, and can make families feel more at ease while trick-or-treating this year.

In addition to Glow Guards, families should take additional safety measures into account on Halloween night including carrying a flashlight, using sidewalks whenever possible, and speaking with children about road safety rules prior to trick-or-treating.

To locate a Nissan dealership near you, visit www.nissan.com.