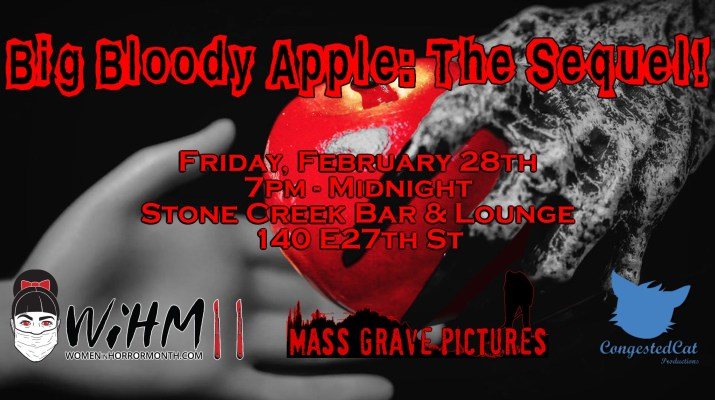 THE BIG BLOODY APPLE II: A Women in Horror is a FREE event; doors open at 7 for networking.
Photo by: CongestedCat Productions

Films (All Filmmakers will be in attendance)