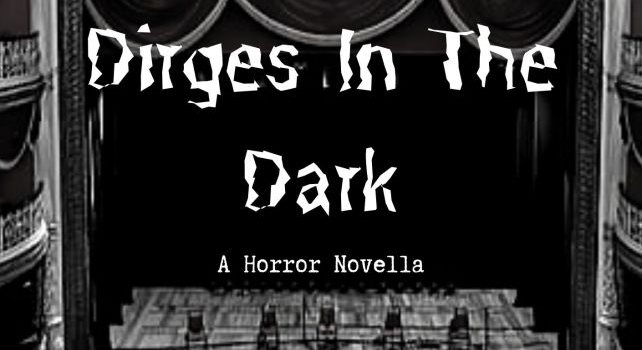 The first release of 2020 for Red Cape Publishing will be a new horror novella Dirges in the Dark from author Ann Fox, who has recently signed up with the independent publishing company.

When actress Cassidy May lands the lead in the story of Hellen Grimaldi’s life, she believes it could be the boost her career needs. However, the more she looks into the past of Hellen and the shocking events which led to her death, the more fearful Cassidy becomes about taking the role. Did Hellen truly summon demons during that fateful performance? Was Cassidy about to unleash the same hell that Hellen had? What dark forces were really at play behind the curtain?

Writer Ann Fox had the following to say about the book:

Dirges was first written in 1999, the first book I wrote. With time I grew it up and it became Dirges in the Dark that you see today. I was an opera singer and was taught at the Brooklyn Academy of music but my crippling shyness made me write about an opera singer instead of actually being one as I had hoped. I used to compete and perform till the anxieties kicked in as a teen. I suppose I’d never be a writer if that hadn’t happened. Silver linings. I’m better now and very open about it. I think for most people suffering THE SHOW MUST GO ON and just sometimes the performance and “pretending” is hell on earth.

Dirges in the Dark was released by Red Cape Publishing on 4th February as a Kindle Addition eBook and is available to pre-order on Amazon here: https://mybook.to/Dirges.