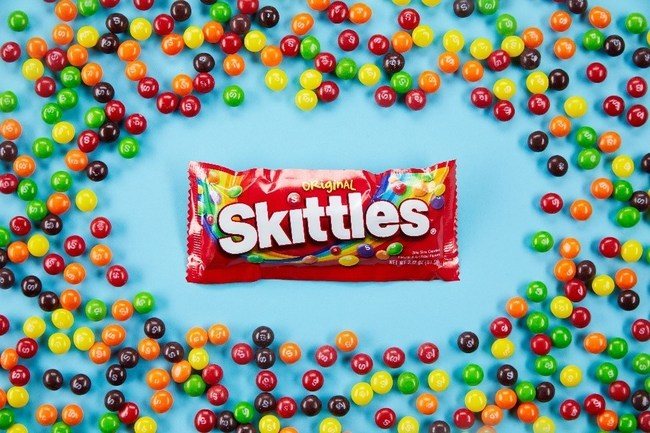 It has been 30 years since SKITTLES® launched its iconic "Taste the Rainbow" tagline, and over the years, fans have found new and different ways to enjoy their SKITTLES. On the heels of Halloween, the brand is releasing findings from a survey of Americans nationwide to uncover the hidden meaning behind the various ways people eat SKITTLES.

The survey found many unexpected correlations between the way people eat their SKITTLES and everyday behaviors, such as nearly half (49%) of participants report eating SKITTLES by the handful, while 31% grab a few at a time, and 20% eat SKITTLES one at a time.

"Whether it's conscious or sub-conscious, chances are you have a preferred way to enjoy SKITTLES," said Rebecca Duke, SKITTLES Senior Brand Manager, Mars Wrigley U.S. "We love learning about our fans, so we wanted to understand why these preferences exist and what they really mean. Our SKITTLES survey results come at a great time, considering it's the 30th anniversary of our iconic "Taste The Rainbow" tagline — it's a unique way for us to continue spotlighting our brand and passionate fanbase."

SKITTLES partnered with Kelton Global, an independent, third-party research firm, to conduct an online survey among 2,000 adults in the United States who have eaten SKITTLES in the past three months, with an overall margin of error of +/-2.2 percent.

About Mars, Incorporated
Mars is a family-owned business with more than a century of history making diverse products and offering services for people and the pets people love. With almost $35 billion in sales, the company is a global business that produces some of the world's best-loved brands: M&M's®, SNICKERS®, TWIX®, MILKY WAY®, DOVE®, PEDIGREE®, ROYAL CANIN®, WHISKAS®, EXTRA®, ORBIT®, 5™, SKITTLES®, UNCLE BEN'S®, MARS DRINKS and COCOAVIA®. Mars also provides veterinary health services that include BANFIELD® Pet Hospitals, Blue Pearl®, VCA® and Pet Partners™. Headquartered in McLean, Va., Mars operates in more than 80 countries. The Mars Five Principles—Quality, Responsibility, Mutuality, Efficiency and Freedom—inspire its more than 100,000 Associates to create value for all its partners and deliver growth they are proud of every day.