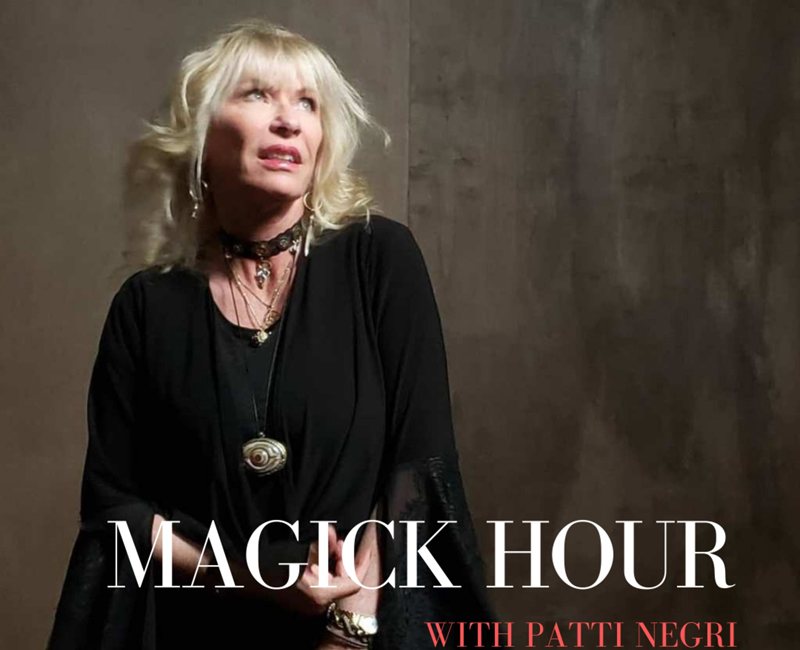 Patti Negri's new podcast series "MAGICK HOUR," investigates infamous and unsolved cases where answers are needed from the other side of the veil.
Photo by: Rebel Content Group

Reality TV star, world renowned psychic medium, "Good Witch," and international best-selling author Patti Negri has investigated crime scenes and haunted places as a recurring cast member on Zak Bagan’s Ghost Adventures on the TRVL Channel. In her new podcast series "MAGICK HOUR WITH PATTI NEGRI," Patti explores and investigates infamous and unsolved cases where answers are needed from the other side of the veil.

Patti has been able to communicate with the spirit world since she was a toddler and consciously since she conducted her first séance at age eight. Since then, she has conducted séances, clearings and sessions on radio, film, TV and in living rooms across America. Patti's next séance on October 30, 2019 will lift the veil between worlds with "The Girls Next Door," stars and former Playboy Playmates Holly Madison and Bridgete Marquardt in a live experience on Marquardt's paranormal podcast "Ghost Magnet," a one-of-a-kind paranormal event that's not to be missed.

Patti's recent appearance on "Beyond Belief with George Noory," on Gaia Online airs on October 30, 2019. During her time on the show Patti shares her vast body of paranormal work along with tidbits from her best selling compendium, "Old World Magick for the Modern World: Tips, Tricks, and Techniques to Balance, Empower, and Create a Life You Love." The book provides easy to use techniques that require no previous experience or changes to your belief system to shift your energy, your perception, and your outcomes to create the life you want.

Patti Negri was voted number one psychic, medium, trance medium, tarot reader, witch /magical practitioner, crystal and stone energy healer, and life coach in the world. She also won number one Intuitive Entertainer Occult Personality of the year and number one influential women in business. She has recently graced 6 magazine covers including: American Psychic & Medium, Art, Parapsychology and Mind Power, 4th Dimension and Stars Illustrated and has contributed or been a part of over 20 books, several of which are Amazon Bestsellers.